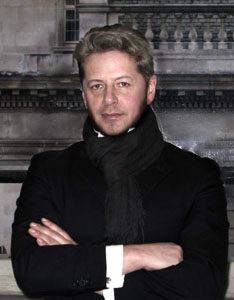 Founder and Director on Africa

Alexander is a founder of 5D Solar City Africa. He worked on the project for several years and developed a 5D Solar Concept as a symbiosis of Solar Energy, Artificial Intelligence and Financial Technologies with the aim to develop an Energy Integrated Digital Platform for Solar Smart Cities projects. The company philosophy is based on the principles of sustainability and Green Finance.

Alexander graduated from Moscow High Technical School and has MSc in Flexible Machining Systems (CAD/CAM) specialised in Robotics and Bionics. He has Diploma in Patent Law and Intellectual Property Law. He continued his education at School of Oriental and African Studies (SOAS) of the University of London to expand his knowledge on geopolitics and economy of developing countries in Asia and Africa.

He is a passionate collector of antique African art and author of several publications on history of art.